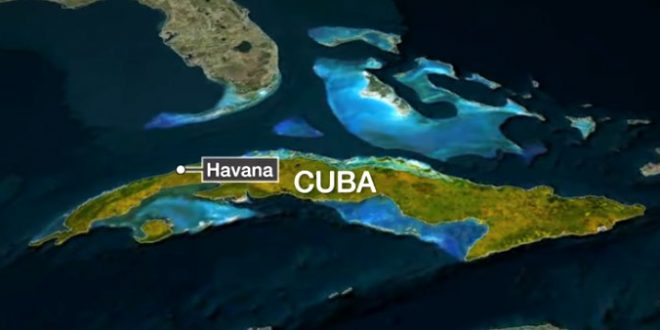 The US believes several State Department employees at the US embassy in Havana were subjected to an “acoustic attack” using sonic devices that left at least two with such serious health problems they needed to be brought back to the US for treatment, several senior State Department officials told CNN.

One official said the employees could have suffered permanent hearing loss as a result. The employees affected were not at the same place at the same time, but suffered a variety of physical symptoms since late 2016 which resembled concussions.

The State Department raised the incidents with the Cuban government over the course of several months and sent medical personnel to Havana, but have not been able to determine exactly what happened. “It can be quite serious,” one official told CNN. “We have worked with the Cubans to try and find out what is going on. They insist they don’t know, but it has been very worrying and troublesome.”

The Cuban government said in a lengthy statement late Wednesday that “Cuba has never permitted, nor will permit, that Cuban territory be used for any action against accredited diplomatic officials or their families, with no exception.”

The statement from the Cuban Foreign Ministry said it had been informed of the incidents on Feb. 17 and had launched an “exhaustive, high-priority, urgent investigation at the behest of the highest level of the Cuban government.”

Cuba employs a state security apparatus that keeps many people under surveillance and U.S. diplomats are among the most closely monitored people on the island. Like virtually all foreign diplomats in Cuba, the victims of the incidents lived in housing owned and maintained by the Cuban government.

However, officials familiar with the probe said investigators were looking into the possibilities that the incidents were carried out by a third country such as Russia, possibly operating without the knowledge of Cuba’s formal chain of command.

The attack has been described as outside of hearing range.