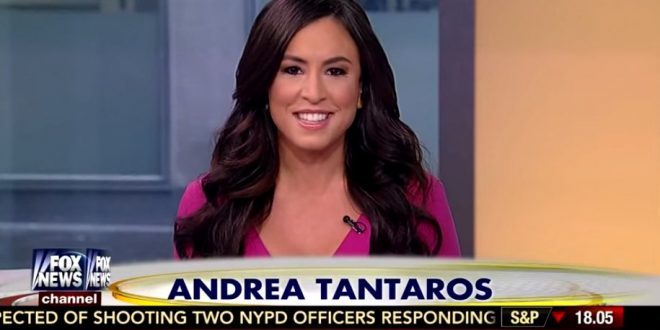 A couple of years ago now-former Fox News host Andrea Tantaros earned headlines by essentially declaring that feminists don’t have husbands because they are sluts. Tantaros then doubled-down by declaring that efforts to stem “rape culture” on college campuses are really just a “war on boys.” Which brings us to today.

A New York federal judge has decided to lift the veil off of a case captioned as [Under Seal] v. [Under Seal]. It turns out that Michael Krechmer is suing former Fox News personality Andrea Tantaros for allegedly breaching an agreement for a ghostwriter for the book, Tied Up in Knots.

Here’s how the book is described on Amazon: “Fifty years after Betty Friedan unveiled The Feminine Mystique, relations between men and women in America have never been more dysfunctional. If women are more liberated than ever before, why aren’t they happier? In this shocking, funny, and bluntly honest tour of today’s gender discontents, Andrea Tantaros, one of Fox News’ most popular and outspoken stars, exposes how the rightful feminist pursuit of equality went too far, and how the unintended pitfalls of that power trade have made women (and men!) miserable.”

The reason why this has been kept secret is that soon after Krechmer quietly brought the lawsuit, Tantaros moved for a preliminary injunction prohibiting him from violating the confidentiality providsion during the pendency of a sealing order. Tantaros argued her career would be seriously jeopardized if word got out that he was the actual author of Tied Up in Knots.

Last year Tantaros sued Fox News, claiming that she was fired for rebuffing the sexual advances of Roger Ailes.