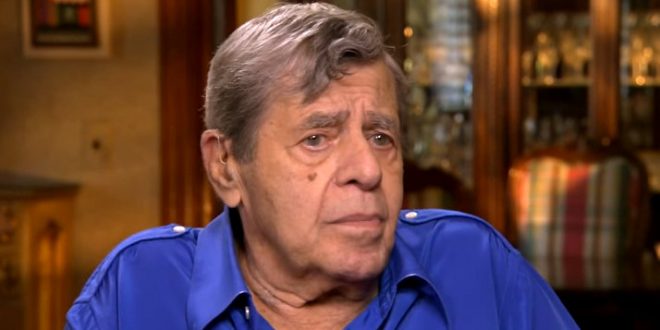 Jerry Lewis, the brash slapstick comic who teamed with Dean Martin in the 1950s and later starred in “The Nutty Professor” and “The Bellboy” before launching the Muscular Dystrophy telethon, has died in Las Vegas. He was 91.

Over the past 10 years of his life, the cranky icon’s reputation soured as he was forced to apologize for making a gay slur on camera during the 2007 telethon, continued to make racist jokes into his ’90s, and didn’t hesitate to share his right-wing political views.

Lewis, who teamed with Dean Martin in the 1950s as one of the most successful tandems in the history of show business, died at 9:15 a.m. at his home in Las Vegas, John Katsilometes of the Las Vegas Review-Journal reported, citing a statement from Lewis’ family.

Lewis also was known for his efforts as national chairman of the Muscular Dystrophy Assn. He devoted more than a half-century to fighting the neuromuscular disease, hosting an annual Labor Day telethon — and raising nearly $2.5 billion — from 1955 until he was ousted before the 2011 telecast. Lewis was nominated for a Nobel Peace Prize in 1977 for his efforts.

Previous FAKE NEWS: Breitbart Depicts German Soccer Star As Part Of “Crack Gang Moving Migrants On Jet Skis”
Next Fox News Host: Nobody From The White House Will Interview With Us About Bannon’s Ouster [VIDEO]