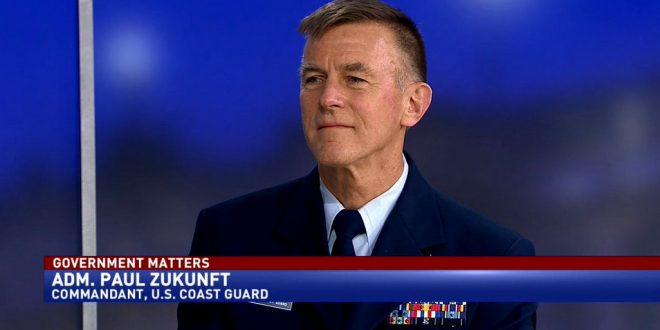 Coast Guard Commandant Paul Zukunft: I Won’t Turn My Back Or Break My Faith In Trans Service Members

As military services await guidance following President Donald Trump’s announcement last week via Twitter of a ban on transgender service members, the commandant of the Coast Guard is speaking out, saying he has no intention of leaving transgender Coast Guardsmen out in the cold.

Speaking on the topic for the first time at the Center for Strategic and International Studies on Tuesday morning, Adm. Paul Zukunft said his first action upon becoming aware of Trump’s tweets was to have his office reach out to all 13 members of the Coast Guard who have self-identified as transgender.

“I reached out personally to Lt. Taylor Miller, who was featured on the cover of The Washington Post last week,” Zukunft said. “If you read that story, Taylor’s family has disowned her. Her family is the United States Coast Guard. And I told Taylor, ‘I will not turn my back. We have made an investment in you, and you have made an investment in the Coast Guard, and I will not break faith.'”

Previous 56 Retired Generals And Admirals Warn Trump That His Transgender Ban Would Degrade Military Readiness
Next The Mooch Shoots Down DWTS Buzz: I Can’t Dance