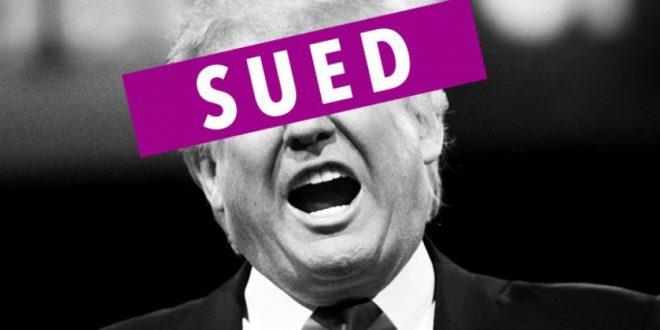 A pair of advocacy groups said Monday they are going to court to overturn the Trump administration’s ban on transgender troops serving in the military, in the latest legal assault on the controversial directive.

The American Civil Liberties Union filed suit on behalf of five transgender service members. The lawsuit, filed by the Maryland branch of the ACLU, argues the ban is unconstitutional and discriminatory and has hired powerful DC law firm Covington and Burling to represent it.

The Human Rights Campaign and the Gender Justice League are included in the effort. “The law is on our side; justice is on our side,” said Peter Perkowski, legal director for OutServe-SLDN. “Trump can’t tweet his way out of this one.” BREAKING: We just sued @realDonaldTrump over his #TransMilitaryBan. See you in court, Mr. President. #LGBTQ pic.twitter.com/eo8wT4XtQO