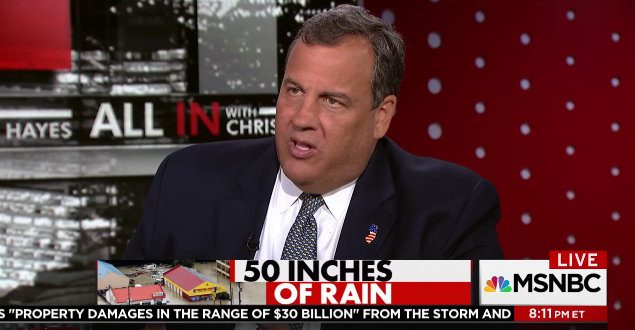 Chris Christie: Ted Cruz Is Lying About Voting Against Sandy Relief Because The Bill Was Pork-Filled [VIDEO]

Gov. Chris Christie slammed Texas Sen. Ted Cruz Tuesday night for saying two-thirds of the Hurricane Sandy relief aid had “nothing to do with Sandy.” Christie, speaking on MSNBC a day after Cruz made the assertion on the same network the prior day, called the lawmaker out by name and accused him of exploiting national disasters for his own political gain.

“The fact of the matter is that is an absolute falsehood that two-thirds of the $50 billion didn’t go to Sandy aid. It’s an absolute falsehood,” he said. “Let’s remember what Sen. Cruz was trying to do at the time: He was trying to be the most conservative, the most fiscally conservative person in the world.” A 2013 Congressional Research Report debunks Cruz’s two-thirds statement.