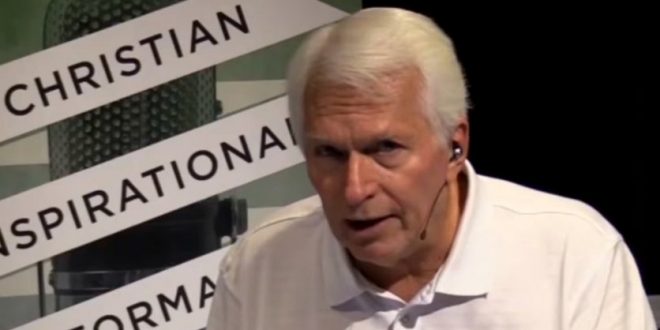 Over the weekend I posted a roundup of scamvangelicals failing to turn Hurricane Harvey away from Texas with the power of their prayers to White Jesus. But I missed what might be the funniest one. Hemant Mehta at The Friendly Atheist has the transcript of Bryan Fischer’s prayer:

“We’re gonna take authority over the storm in Jesus’ name. We’re gonna rebuke this storm in Jesus’ name and all the demonic activity that might be behind it. Remember: Satan came to rob, kill, steal, and destroy. His energy could be behind this storm just as his energy may have been behind the storm that threatened the life of Christ and his disciples.

“We pray in the name of your son, Jesus Christ, that you would release that almighty power to restrain this storm, to hold it back, to turn it from the coast of Texas, to turn it back into the Gulf of Mexico where it could no longer threaten lives and threaten property.

Fischer also claimed the eclipse was from Satan.

Previous REVEALED: During Campaign Trump Signed Letter Of Intent For Licensing Royalties For Trump Tower Moscow
Next Joe Arpaio Would Really Like You To Stop Calling Him “Racist” Because That Characterization Is “Distressing”