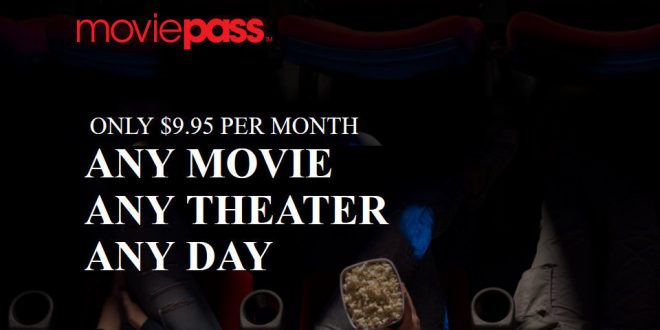 Well, not quite unlimited. One per day.

A six-year-old entertainment start-up is trying to revolutionize the movie industry: with a price of just $9.95 per month. The New York-based company MoviePass, in existence since 2011, has announced that it is changing its monthly subscription fee to $9.95. It is essentially striving to become the Netflix of the movie theater world — offering unlimited movies for what you’d pay for a streaming service.

However, the world’s largest movie theater chain, AMC, is trying to do away with MoviePass, claiming that it will stir up an already volatile theater business. The MoviePass allows customers to see a movie a day using its app. According to the L.A. Times, the company’s Chief Executive, Mitch Lowe, a former Netflix and Redbox executive, said in a statement that the $9.95 deal will “disrupt the movie industry in the same way that Netflix and Redbox have done in years past.”

“The fascinating thing is we use a MasterCard debit card. We pay full price for the tickets we buy. We comply fully with the rules of MasterCard and AMC has signed agreements with both their credit card processor and with MasterCard to comply with all the rules. They would essentially have to not take MasterCard in order to block us. I don’t think you can cancel that agreement without severe penalties. I think it was all bluster.

“But this was the last thing we would have wanted for what we hope to be a partner. We want to reinvigorate people going to AMC theaters. It’s the largest theater chain. It’s the place where the bulk of our customers go the most often. We really want to be their partner. I’m assuming we’ll get through this and then we’ll sit down at a table and figure out how to help each other.”

The tutorial below is pretty handy.