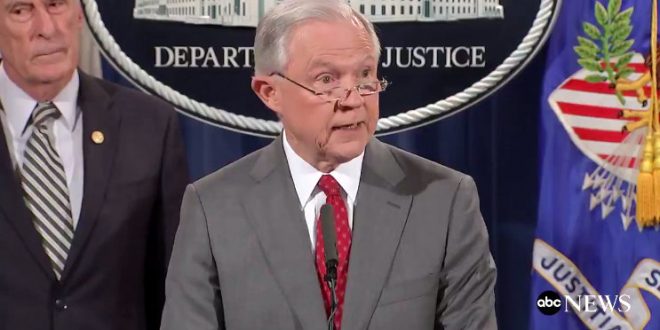 Sessions began his press conference mentioning the leaked phone calls, describing how much that hurts the national security of the United States when the president cannot have sensitive conversations with foreign leaders without worrying about leaks.