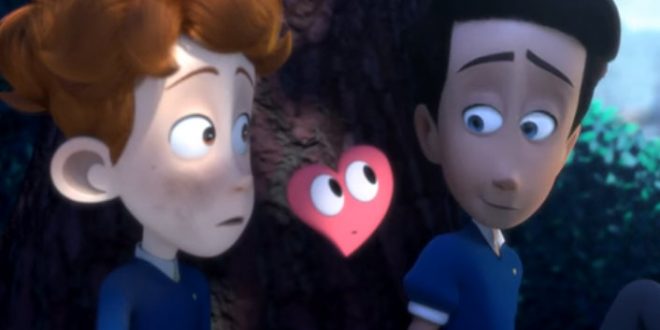 VIRAL VIDEO: In A Heartbeat

Ah, young love! Is there anything more exciting ― or potentially torturous? That’s the question a new animated short film asks while beautifully depicting the angst and trepidation that can blossom right alongside a budding infatuation ― especially for LGBTQ people.

“In A Heartbeat,” by Beth David and Esteban Bravo, tells the story of Sherwin, an awkward, young teen, whose heart literally pops out of his chest and chases after his classmate Jonathan. Sherwin is then forced to chase down his heart before it reveals how he feels to his crush.