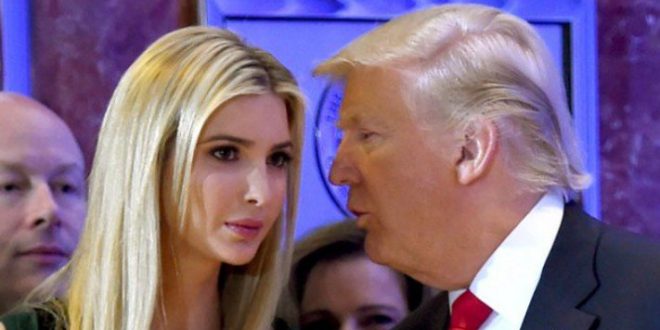 Trump At G20 Summit: The Only Bad Thing Ivanka Has Going Against Her Is That She’s My Daughter

President Donald Trump is praising his daughter, Ivanka, and acknowledging the challenges he’s added to her life.

In a rare, self-deprecating moment, the president said Saturday during remarks in Hamburg, Germany that he’s been proud of his eldest daughter from “day one.”

He says, “If she weren’t my daughter it would be so much easier for her,” adding with a laugh: “That might be the only bad thing she has going, if you want to know the truth.”

Trump says Ivanka’s life would be “so much easier” if he wasn’t her dad; pledges $50M to her World Bank initiative https://t.co/T8QAFHFJVc pic.twitter.com/VHdrHT47ji

Previous Trump: My Meeting With Putin Was “Tremendous”
Next In-Flight Melee When Passenger Tries To Open Exit Door, Flight Attendant Clubs Him With Wine Bottles