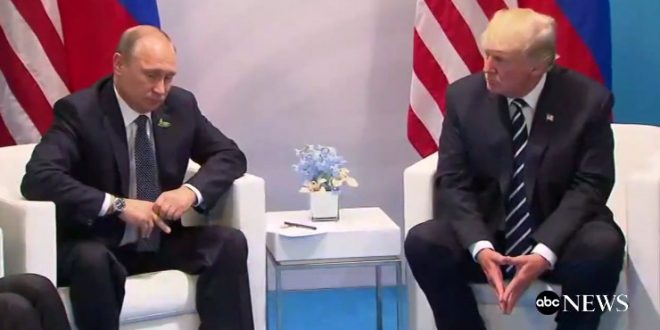 Trump: My Meeting With Putin Was “Tremendous”

The president, however, declined to offer any clarity on the differing accounts from the U.S. and Russia that have since come out of the two-hour long meeting.

On Friday, Tillerson said “it’s not clear to me that we will ever come to some agreed-upon resolution” in regards to Russian interference in the 2016 election.

Previous GERMANY: Marriage Bill Clears Upper Chamber Of Parliament, But Bavaria Vows Constitutional Challenge
Next Trump At G20 Summit: The Only Bad Thing Ivanka Has Going Against Her Is That She’s My Daughter