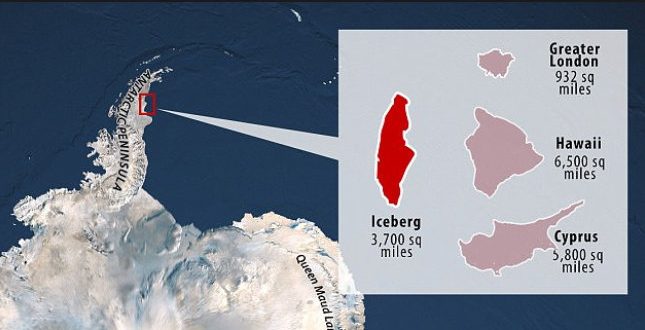 Trillion-Ton Iceberg Breaks Off Of Antarctica

One of the biggest icebergs ever recorded, a trillion-ton behemoth more than seven times the size of New York City, has broken off of Antarctica, triggering disagreement among scientists over whether global warming is to blame. The event, captured by satellite, happened sometime in the past few days when the giant chunk snapped off an ice shelf.

While such “calving” of icebergs is not unusual, this is an especially big one. It covers an area of roughly 2,300 square miles (6,000 square kilometers), more than twice the size of Luxembourg. Its volume is twice that of Lake Erie, according to Project MIDAS, a research group based in Britain.

A massive iceberg broke off Antarctica, but it's probably just trying to move to a place with more coal jobs.