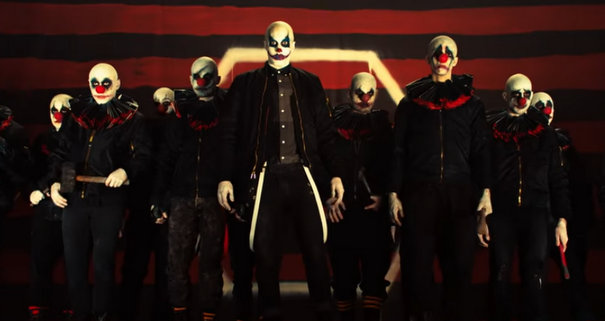 According to creator Ryan Murphy, season seven of American Horror Story (a.k.a. Cult) is inspired by the 2016 election. If we’re reading the season’s first trailer, which involves a creepy horde of clowns, correctly, the clowns are a metaphor for Trump voters? And the lone blue one is a Hillary voter? And the voices are the media? And the honeycomb-like hexagons are a reference to the season’s crucially important bees? We’re not quite onboard, but mighty intrigued, and still wondering how Lena Dunham will play into all of this.