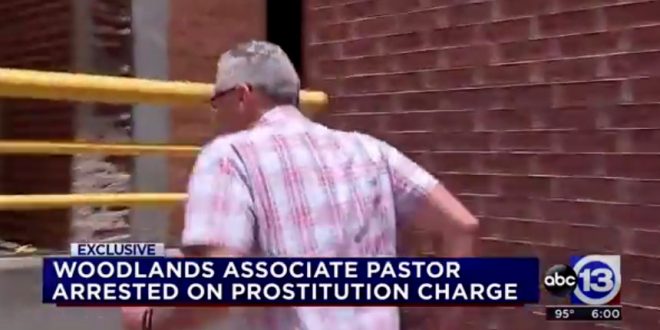 A Montgomery County religious leader has been charged with prostitution. According to charging documents, 52-year-old Eddie Hilburn was taken into custody after he agreed to pay for sex.

Officials at The Woodlands First Baptist Church confirmed that Hilburn is an associate pastor. According to the church’s website, Hilburn has been with the church since 2012 and had previously served at other churches across Texas and Wisconsin.

Hilburn appeared in court Thursday morning just hours after he had been arrested in a hotel. Charging documents allege Hilburn paid an undercover Harris County Sheriff’s deputy $80 for sexual activities. Soon after the alleged money exchange, deputies moved in to arrest him.

The church has issued a statement:

The Woodlands First Baptist Church is still gathering information regarding our staff member Eddie Hilburn. We can assure you that a statement will be issued once all facts are known, and administration has had an opportunity to review them. We appreciate your patience in the meantime, and we continue to look to God for guidance.