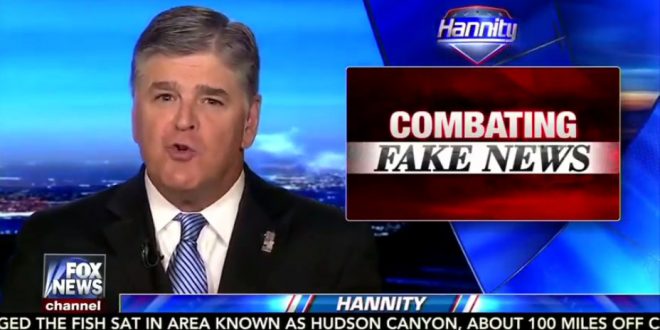 During tonight’s broadcast of Hannity, the pro-Trump commentator devoted yet another segment to lobbing personal attacks at media personalities. But this time he added a twist — he also called on his viewers to troll these CNN and MSNBC hosts on social media.

“I am not encouraging you to get in your neighbor’s face like former President Obama did,” Hannity noted. “Liberals would say I was calling for violence. But you can call out fake news right at the source.”

He continued, “You can tell ‘Fake News’ Jake Tapper exactly what you think of his interview with Anthony Scaramucci — you can do it on Twitter. Or you can message Brian Stelter — Humpty Dumpty, [CNN President] Jeff Zucker’s stenographer — about his ‘Russia, Russia, Russia’ obsession and lack of desire to be fair and balanced.”