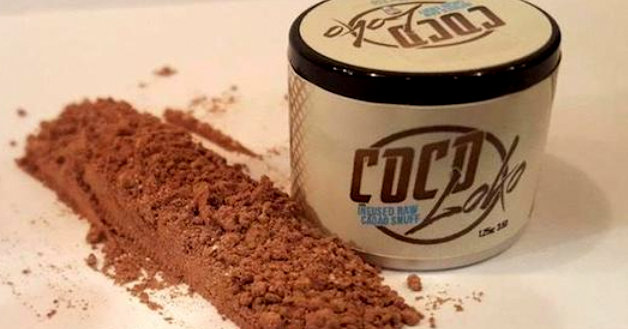 Snortable chocolate is so dangerous that its health effects must be investigated by the feds, Sen. Charles Schumer is urging. Coco Loko — a raw cacao powder infused with a “special energy blend” — is marketed like a drug and should be closely regulated, Schumer demanded in a letter to the Food and Drug Administration on Saturday.

Teens have been buzzing for months about the caffeinated powder, but little is known about its health effects, the lawmaker said. “I can’t think of a single parent who thinks it is a good idea for their children to be snorting over-the-counter stimulants up their noses,” Schumer blasted. “This suspect product has no clear health value.”

Raw cacao will give you a steady rush of euphoric energy and motivation that is great for party goers to dance the night away without a crash. It is even used by athletes to give them the natural competitive edge.

Raw cacao will give you a sense of calm focus and reduce the chatter and worry in your brain so you are able to accomplish many tasks at once and and maximize your time and focus. It is also known to help with anxiety and to reduce stress.