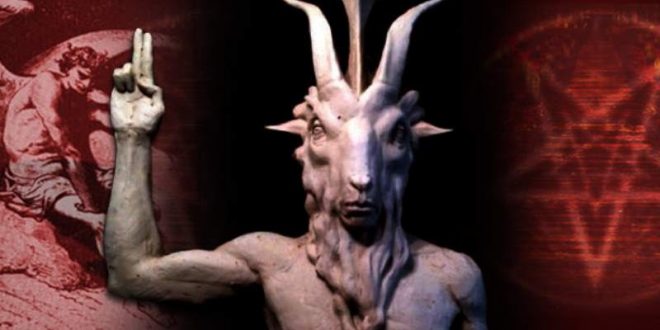 Satanic Temple: Probably Half Our Members Are LGBT

From a Vice profile on the Satanic Temple:

There’s still ample confusion about what it means to be a Satanist. Given society’s long history of pegging Satan as the root of all evil, that’s fair—though it’s worth making some distinctions. Anton LaVey, a then 36-year-old American musician, founded the Church of Satan in 1966 with the mission of creating an organization “openly dedicated to the acceptance of Man’s true nature—that of a carnal beast, living in a cosmos that is indifferent to our existence.” The Satanic Temple, on the other hand, was created by Lucien Greaves (aka Doug Mesner) and Malcolm Jarry in 2014 to promote humanistic principles of benevolence and empathy.

Greaves is surprised I find the Temple’s queerness, well, surprising. “It’s not a big deal,” he said. “We don’t have strict separations or definitions of our gay membership, our trans membership, or anybody else.” Though he doesn’t have an exact headcount of LGBTQ members, Greaves said he wouldn’t be surprised if more than half identify as such (an estimate that conforms with my experience at the LA chapter). The organization as a whole is a platform for LGBTQ members to celebrate their identities.

As you’d expect, right wing sites are ALL over this today and none of them appear aware that the Satanic Temple is essentially an atheist trolling outfit and that they openly say that Satan doesn’t exist. Or maybe they ARE aware, but would rather rile up the idiots.