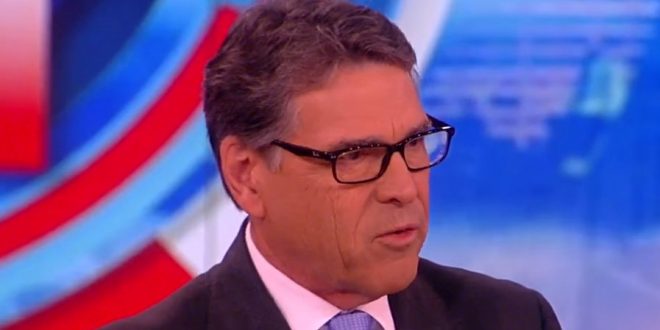 Energy Secretary Rick Perry thought he was speaking to the Ukrainian Prime Minister about energy policy. Instead, a pair of Russian pranksters pressed the cabinet member on pig manure.

In a 20 minute interview published on the Russian website Vesti, Perry covers a wide range of issues from the Paris climate accord to Ukrainian oil and gas production in a conversation he thought he was having with Ukrainian Prime Minister Volodymyr Groysman.

The pranksters pose as Groysman and appear to speak through a translator in the interview. According to Russian news site Pravda, after being told about a fuel created from a mix of home-brewed alcohol and manure created by Ukrainian President Petro Poroshenko, Perry responded positively to the idea.

“Secretary Perry is the latest target of two Russian pranksters,” DOE Spokeswoman Shaylyn Hynes said in an email to The Washington Post. “These individuals are known for pranking high level officials and celebrities, particularly those who are supportive of an agenda that is not in line with their governments. In this case, the energy security of Ukraine.”