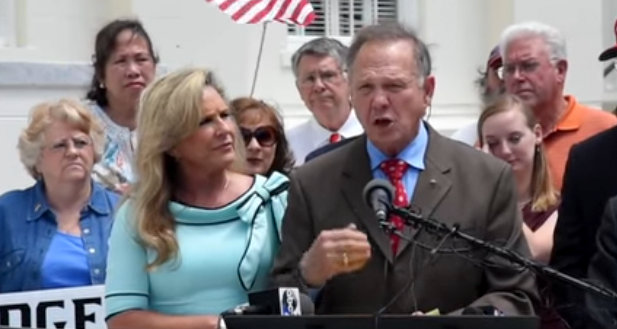 The legal issue in Pidgeon was whether the United States Supreme Court’s decision in Obergefell v. Hodges should be applied narrowly—limited to the issue of marriage licenses—or broadly, affecting spousal benefits associated with marriage.

The Texas Supreme Court declined to hold that Obergefell automatically required the state to extend its benefits to same-sex pairings. The court remanded the lawsuit to the trial court for further proceedings.

Foundation President Kayla Moore said: “The Texas Supreme Court demonstrated the critical thinking needed to see the difference between Obergefell and the case before it, as well as the courage to follow the law instead of bowing to political correctness. We are grateful that there are still courts that are willing to do what is right, even under pressure.”

“The Texas Supreme Court’s courage is praiseworthy in light of the U.S. Supreme Court’s decision last week in Pavan v. Smith, which extended Obergefell to apply to birth certificates,” added Matt Clark, one of the Foundation’s attorneys.

“We hope that the Texas Supreme Court will show even more courage by rejecting Obergefell altogether should the case be appealed to them again,” Clark said.

The Foundation For Moral Law openly advocates for a Christian theocracy in the United States. Moore allegedly stepped down from its leadership when he was reelected to the Alabama Supreme Court and his wife has been the group’s nominal head since then.

Previous White House: The Media Can’t Take A Joke
Next Mike Huckabee: Trump Is Incredibly Capable And Has The Stamina Of Three Guys Half His Age [VIDEO]