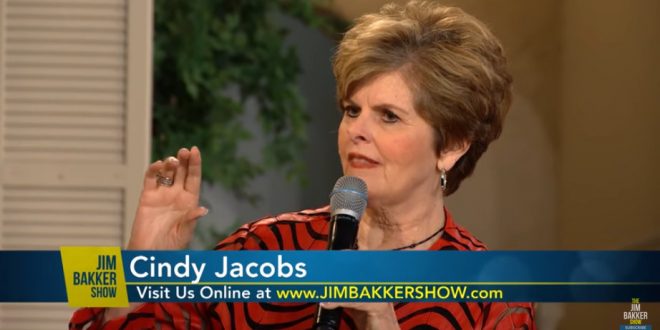 Self-proclaimed prophet Cindy Jacobs received a message from God about the national security of the United States, announcing that she “decreed” that the Lord would “expose, expose, and expose” terrorist threats to the U.S. “in the name of Jesus.”

These visions, according to Jacobs, are “an anointing and an authority and an intercession” from God that allow her “to avert disasters” from occurring in the United States. “Even right now the Lord is saying to me,” Jacobs proclaimed, “there is something major being planned, that in God’s will it’s going to exposed. So let’s agree together: Father, in the name of Jesus, we decree the exposure of terrorist attacks.”