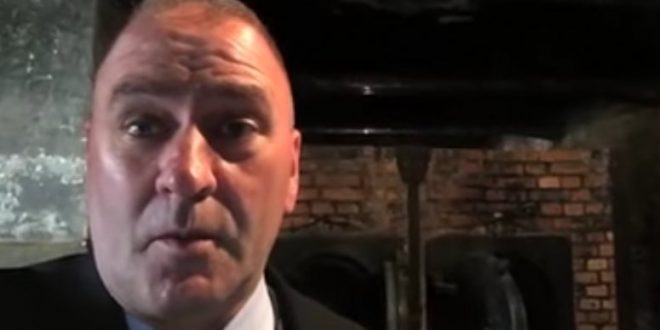 Officials at the Auschwitz-Birkenau Memorial and Museum have criticized a Louisiana congressman for narrating part of a five-minute video from inside a former gas chamber at the Nazi concentration camp in Poland.

Louisiana news outlets report that U.S. Rep. Clay Higgins posted the video Saturday. In it, the Republican says the gas chamber killings took only about 20 minutes and show why the U.S. military “must be invincible.”

Everyone has the right to personal reflections. However, inside a former gas chamber, there should be mournful silence. It’s not a stage. https://t.co/AN5aA1bYEU

This is what all visitors see at the entrance to the building where first homicidal gas chambers of Auschwitz was created by the SS. pic.twitter.com/6Mm5gTkfSl