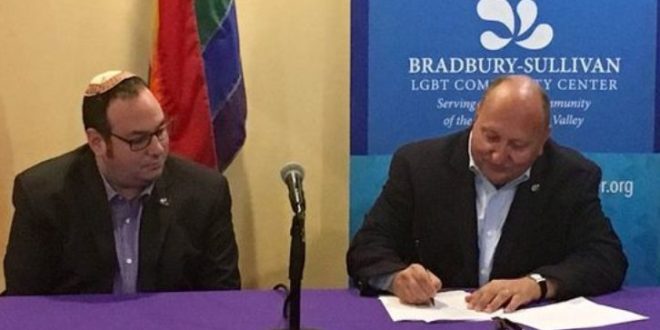 With the mayor’s stroke of a pen, Allentown has officially banned conversion therapy for minors in the city. The law prohibits licensed mental health professionals from counseling, practices, or treatments that seek to change a minor’s sexual orientation or gender identity.

Officials said Allentown is now the second municipality in the state, and 60th in the country, to ban the practice. City council unanimously passed the ordinance Wednesday night, and the legislation was signed Thursday afternoon at the Bradbury-Sullivan LGBT Community Center, 522 W. Maple St.

It’s great to see #RhodeIsland & #Allentown colored in on this map! It’s time for all of #Pennsylvania to BAN Conversion Therapy next! pic.twitter.com/QMEIflUzr3