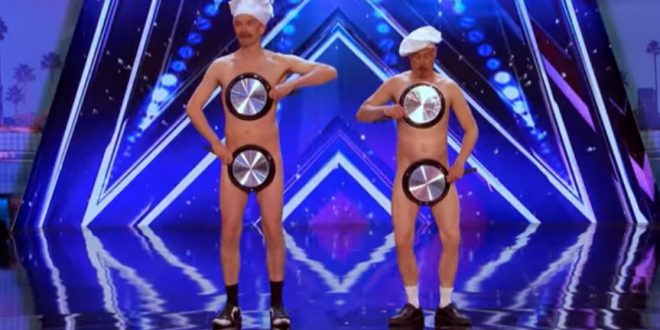 One Million Moms Vs America’s Got Talent

Some families have already decided against watching “America’s Got Talent” because of the skimpy costumes and provocative dance routines, but now the show has gone too far!

Over the past couple of weeks, on two separate episodes, the contestants forgo clothes as part of their act. Being unclothed was the majority of the act since there was little talent to showcase.

These two acts performed without clothes, one a dance routine and the other a magic act, were disgusting especially with children in the audience, backstage, and viewing at home. Objects were used to hide private body parts, but they were not enough to prevent exposing themselves to judges, host, and children backstage.

This was apparent by the faces and comments such as, ”Saw more than I wanted.” Plus, the network did have to blur out a couple of instances where the contestants were not that concerned about being covered since it was from the backside.

To make matters worse, the dance routine involved two men where one lifted the other over shoulders so that his privates were directly in front of the other man’s face.

This is not material that should be performed in front of children. “America’s Got Talent” is not a safe show for your family to watch. Optional clothing is not suitable for children or for anyone since that is indecent exposure.

To push the envelope even further for a program that could be a family show but obviously is not, the judges praise the performances and voted to move them to the next step in the competition. NBC should have a dress code for this program.

At the very least, the network should require all competitors wear clothes during the entire performance. The judges should immediately eliminate and vote out any performers who do not keep their clothes on. TAKE ACTION: Sign the petition to NBC now!