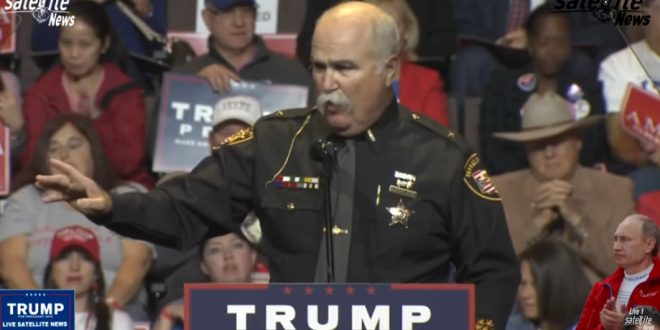 OHIO: Trump Ally Sheriff Says “We Don’t Do Narcan” Because Survivors Are Unhappy To See The Police

Butler County Sheriff Richard K. Jones says his deputies won’t carry Narcan, despite its effectiveness reversing the effects opioid and heroin overdoses. He’s the only sheriff in Southwest Ohio whose department doesn’t use it.

I asked Jones about Narcan after the controversial comments made by a Middletown city councilman about refusing to respond to overdose runs. Jones told me residents, even social workers, frequently ask him why law enforcement continue to revive people who overdose multiple times.

The sheriff said his deputies don’t. “I don’t do Narcan,” Jones told me. “Wait,” I asked, “so your deputies don’t carry Narcan?” “They never carried it,” he said. “Nor will they. That’s my stance.” The sheriff explained that safety is his concern. When people who overdose are revived, they are often violent and are almost never happy to see the police.

Jones’s speech at an Ohio Trump rally was filled with the usual teabagger tropes.