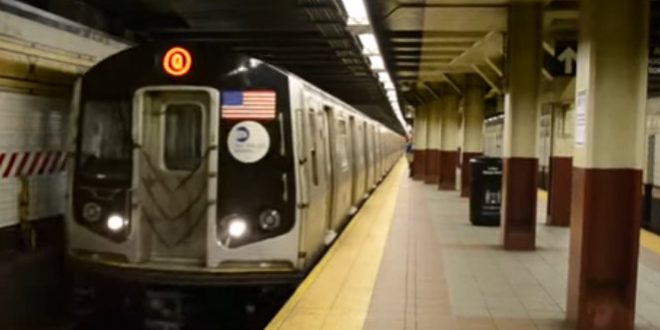 A Brooklyn man claimed he was provoked when he spewed homophobic slurs and knocked a lesbian unconscious over a seat on the train, according to newly released court documents. Antoine Thomas entered a plea of not guilty in Brooklyn Supreme Court on Monday after he was arraigned on charges including assault as a hate crime.

“I punched her because she was egging me on,” Thomas allegedly told detectives after the May 20 incident. Thomas, 27, allegedly shouted anti-gay slurs at the woman and her girlfriend on a Brooklyn-bound Q train. He aggressively bumped and punched the woman as the train arrived at the DeKalb Ave. station in Downtown Brooklyn, authorities said.

The victim was treated for a concussion, a broken nose, and required sutures around her eye. Thomas faces up to 15 years in prison.