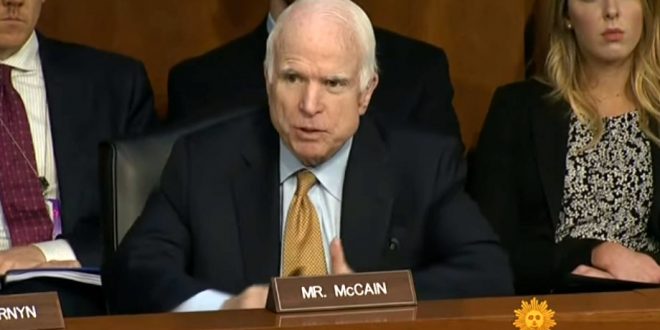 Senator John McCain, who was diagnosed with brain cancer, is returning home to Arizona for medical treatment at the Mayo Clinic, McCain’s office said on Friday. “On Monday, July 31, he will begin a standard post-surgical regimen of targeted radiation and chemotherapy. During that time, Senator McCain will maintain a work schedule,” the office said in a statement. It said the 80-year-old Republican would return to Washington at the end of the August congressional recess.