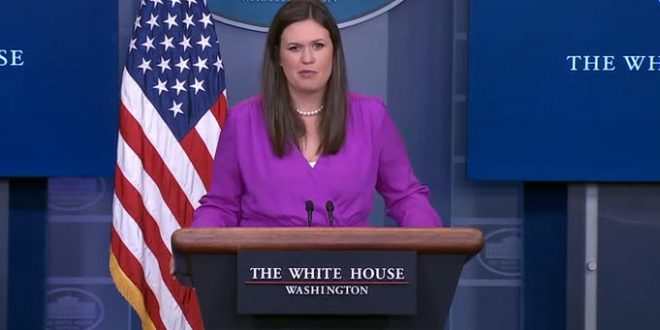 White House press secretary Sarah Huckabee Sanders is scheduled to give the daily press briefing on camera Monday. She is set to answer questions on a variety of developments at 3:45 p.m. EDT.

On Friday, John Kelly replaced Reince Priebus as the White House chief of staff. On Sunday, Russian President Vladimir Putin said that the United States must reduce it diplomatic personnel by 755 after the U.S. Congress approved additional sanctions on his country last week.

We have a feeling that the Mooch will dominate today’s briefing. Heh.