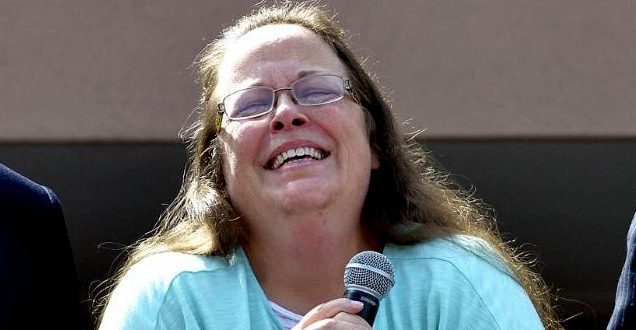 A federal judge Friday ordered the state of Kentucky to pay $222,695 in attorneys’ fees to same-sex couples who sued clerk Kim Davis in 2015 when she refused to give them marriage licenses. U.S. District Judge David Bunning ordered the payments Friday.

In a statement, William Sharp, legal director for the ACLU of Kentucky, said: “We hope this serves as a reminder to Kentucky officials that willful violations of individuals’ civil liberties, such as what occurred here, will not only be challenged but will also prove costly.”

He also said it “is unfortunate that Kentucky taxpayers will likely bear the financial burden of the unlawful actions and litigation strategies of an elected official, but those same voters are free to take that information into account at the ballot box.”