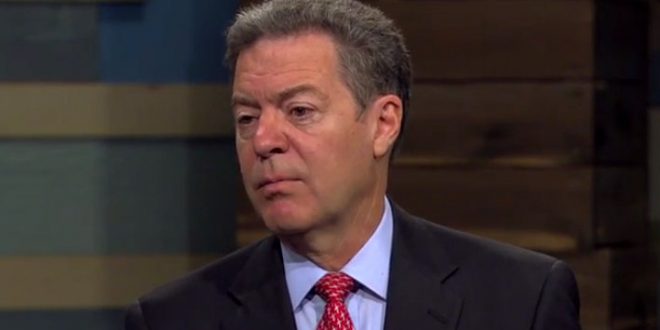 KANSAS: Trump Nominates Gov. Sam Brownback To Be US Ambassador-At-Large For Religious Freedom

President Donald Trump has appointed Gov. Sam Brownback to an ambassadorship, a little more than a month after the Kansas governor saw his signature tax policy dismantled by the state’s Legislature.

Trump announced Brownback’s appointment as ambassador-at-large for international religious freedom Wednesday evening. Brownback had long been expected to be named to the post.

“Religious Freedom is the first freedom,” the governor said on Twitter Wednesday evening. “The choice of what you do with your own soul. I am honored to serve such an important cause.”

Brownback was first elected governor in 2010 after a failed presidential run and 15 years in the U.S. Senate, overseeing Kansas’ transformation into one of the leading laboratories for conservative policies.

If confirmed, Brownback will serve effectively as the head of the Office of International Religous Freedom within the State Department.

That office is charged with promoting religous freedom as a key objective of U.S. foreign policy, according to the State Department’s website. The office’s mission is to monitor “religious persecution and discrimination worldwide, recommend and implement policies in respective regions or countries, and develop programs to promote religious freedom.”

In Kansas, Brownback has proved to be a deeply unpopular governor, even in a bedrock conservative state. A recent survey by Morning Consult found he was the second-least popular governor in America, with only 25 percent of those surveyed approving of of his job performance, and a 63 percent disapproval rating.

Previous BREAKING: Justice Department Files Brief Arguing That LGBT Workers Are Not Protected By The Civil Rights Act
Next Anthony Scaramucci Calls Into CNN To Accuse Reince Priebus Of Being The White House Leaker [VIDEO]