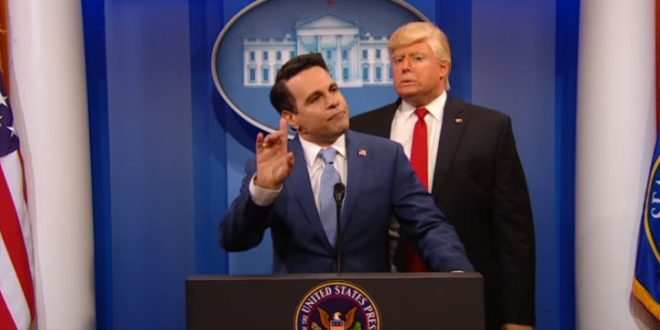 There has already been much speculation about who will play Anthony Scaramucci on Saturday Night Live this fall, assuming President Trump’s new communications director still has his job by then. But The President Show has already called dibs on Sex and the City’s Mario Cantone.

Cantone made his debut as “The Mooch” alongside Anthony Atamanuik’s Trump Thursday night. “I’d like to introduce you to my favorite new team member who I will eventually betray, Anthony Scaramucci!” the president said in the opening segment of his show.