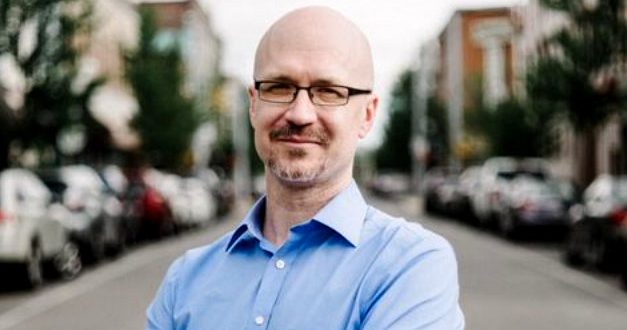 One of the lawyers who represented the Kentucky plaintiffs in the Obergefell case is running for the US House. The Indianapolis Star reports:

A prominent local civil rights lawyer announced this week that he will challenge incumbent Rep. Trey Hollingsworth for his seat in Indiana’s 9th Congressional District in 2018.

Dan Canon, a Louisville lawyer who is best known for helping win the right of same-sex marriage in Kentucky, announced his first political run on Monday. He has lived in the district for 30 years and currently resides in New Albany with his wife and two daughters.

The lawyer is also representing a trio of Kentuckians who use medical marijuana and are challenging the state’s ban on the drug. He also represents four couples who sued Rowan County Clerk Kim Davis, saying she should pay $233,000 in attorney’s fees after she refused to give marriage licenses to the same-sex couples in 2015.

Fun fact: “prominent” is the nicest thing anyone ever called me. https://t.co/iAn55jZa9s

First big pledge of the day came from a lifelong Republican.

This campaign is not about party, it’s about people.

Thank you @dancanon for proving that people of integrity are still willing to run for office. You are one of best men I have ever known. https://t.co/IupbryoTjj

.@dancanon is running for congress in my district, and it seems like he’s for universal healthcare of some type, and that’s cool.

Previous NEW ZEALAND: MP Stuns Parliament With Revelation That Her Uncle Had Murdered A Gay Man [VIDEO]
Next Maine Governor: I Lie Just To Troll The “Vile” Press