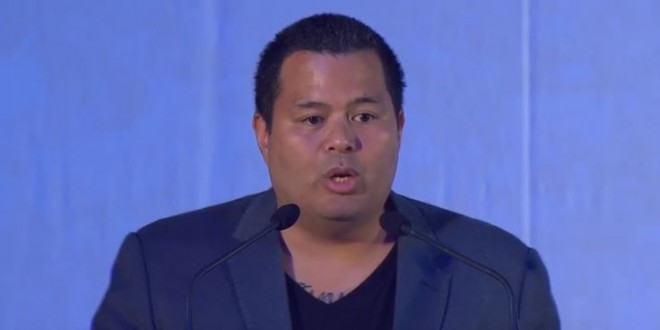 Mission America’s Linda Harvey interviewed fellow anti-LGBTQ activist Robert Oscar Lopez on her radio program last weekend, where Lopez asserted that colleges and universities that have a women’s studies or queer studies department should be stripped of their nonprofit status and denied access to federal funding.

Lopez said that Congress should pass laws banning tenure and “set up a RICO investigation office just for higher education” to monitor schools in order to prevent faculty and staff from “making donations to a political party” that then allocates federal grants and funding to those schools. “It’s a conflict of interest,” he said.

PREVIOUSLY ON JMG: Robert Oscar Lopez launches Texas chapter of the vile anti-LGBT hate group Mass Resistance. In April 2015 Lopez filed an amicus brief with the Supreme Court in which he declared that gay marriage must be stopped because gay writers are just horrible to him. In March 2015 Lopez declared that gay activists are incentivizing home-wreckers. Also that month Lopez declared that gay parents like Elton John are disgusting terrorists. In December 2014 Lopez filed an amicus brief with the Eleventh Circuit Court in which he opposed Florida marriage because gays have been telling lies about him. In September 2014 Lopez compared the Human Rights Campaign to the Khmer Rouge. Also in September 2014 Lopez petitioned the Fifth Circuit Court of Appeals to stop gay marriage in Texas because he used to be a prostitute. In April 2014 Lopez filed an anti-gay amicus brief in support of Virginia’s ban on same-sex marriage. In March 2014 Lopez declared that gay men are turning surrogate mothers into breeding slaves. In 2013, in addition to appearing on stage at an anti-gay Manif Pour Tous rally in France that was supported by neo-Nazis, Lopez testified against LGBT equality before several state legislatures and he co-signed an anti-gay homocon brief to the Supreme Court in support of DOMA. You really must read the Media Matters take on Lopez’ trilogy of gay erotica.