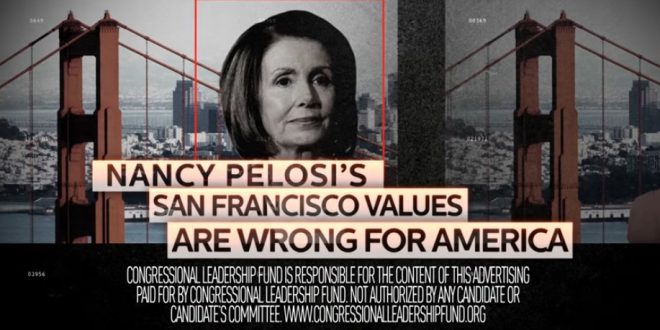 A Republican super PAC aligned with House leadership is preempting the new Democratic messaging point with its own digital ad. Democrats are expected to unveil their new slogan, “A Better Deal” on Monday. And the Congressional Leadership Fund is launching a digital ad in House Minority Leader Nancy Pelosi’s district and in 12 others that President Donald Trump won in November.

The ad, which will be up for two weeks, is titled “Resistance” and features images of violent protests and activists including filmmaker Michael Moore and other anti-Trump celebrities. A CLF spokesperson declined to comment on the size of the digital ad buy.

“The Democrats are the party of the resistance,” the narrator says in the ad. “Radical extremists who destroy buildings, burn cars and divide America. Hollywood celebrities who are blinded by their hatred of the president. Nancy Pelosi and the Washington Democrats answer to them.”