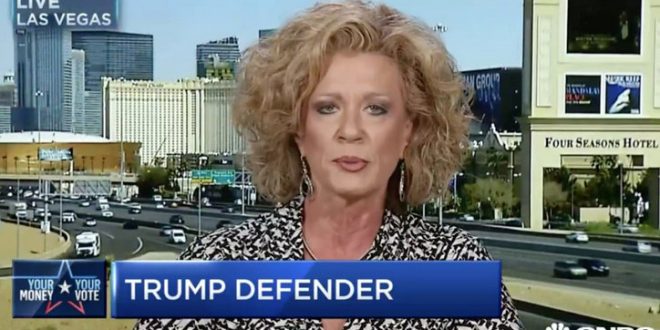 Diana Orrock, a member of the Republican National Committee from Nevada, appeared to support an article that called for the death of Republican Sen. John McCain. The piece in question, “Please Just F—— Die Already,” was published Monday on Medium by Caitlin Johnstone, who calls herself a “rogue journalist” and an “anti-establishment lefty writer.”

Johnstone tweeted her article on Monday. About an hour later, Orrock, who ran for Nevada’s state assembly last year, retweeted the article and replied to Johnstone with the commentary, “Amen @caitoz.” McCain is currently in recovery after undergoing surgery on Friday to remove a blood clot from his left eye. By late Monday afternoon, Orrock had deleted the retweet, after journalists pointed out that she was a member of the RNC.

In the piece, Johnstone wrote, “If you’re waiting for the part where I say I’m just kidding and would never wish death on anybody, please allow me to make myself clear: I sincerely, genuinely hope that Arizona Senator John McCain’s heart stops beating, and that he is subsequently declared dead by qualified medical professionals very soon.”

Last year Orrock told CNBC that she would oppose any Republican who dropped support for Trump over the pussy-grabbing comment.