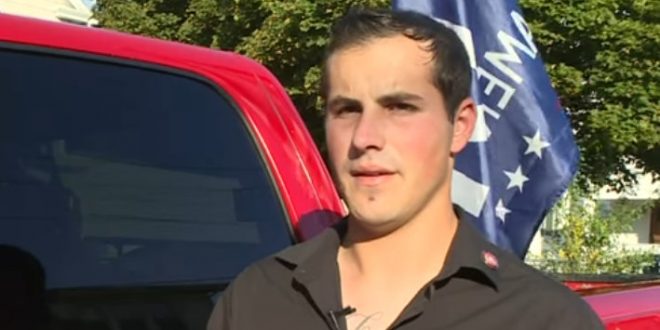 A so-called “patriot” shot himself in the left thigh when his holstered revolver accidentally went off at Gettysburg National Park, where potentially violent protests were expected Saturday. Benjamin Hornberger, 23, was wounded in a central area of the federal park around 1 p.m. as First Amendment advocates were demonstrating, a U.S. Parks spokeswoman told the Daily News. The gun went off after he rested the bottom of a flagpole he carried on the holster, witnesses told Pennlive.com.

Parks police at the scene told Pennlive.com that the gun was “bad.” They had difficulty disarming the weapon, which accidentally went off again as police handled it, the news website reported. The self-described “patriots” showed up to Gettysburg Saturday amid rumors that protesters with the anti-fascism movement — dubbed Antifa — planned to wreak havoc on the Civil War battlefield. Men decked in camouflage — toting rifles and handguns — were spotted in the park Saturday, expecting to clash with Antifa protesters, Pennlive reported.