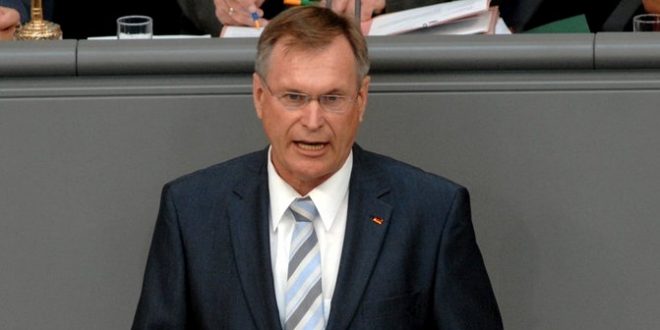 Bundestag Vice President Johannes Singhammer of Angela Merkel’s Bavarian sister party the CSU told Die Welt on Monday that his state’s government should bring the matter of same-sex marriage to the Constitutional Court.

“In order to achieve legal clarity, I suggest that the Constitutional Court should be called upon,” Singhammer said. He added that individual citizens could file a challenge anyway.

“It would be faster, however, if a state government were to do this – for example the Bavarian government,” Singhammer said. “I would advise this so that we can swiftly gain clarity on whether the new definition of marriage is unconstitutional.”

Article Six of the Constitution regarding marriage does not explicitly mention gender in its definition, stating simply that “marriage and the family shall enjoy the special protection of the state”. But as Spiegel notes, the Constitutional Court has repeatedly interpreted the Constitution to mean that marriage only applies to heterosexual couples.

An amendment would also require a two-thirds majority vote, which proponents of same-sex marriage are unlikely to get unless there are drastic shifts in the Bundestag’s party make-up come September’s election.

Bavaria, whose capital is Munich, is Germany’s largest state by area and is widely considered the most conservative part of the country. Its Christian Social Union party currently holds 56 seats in the Bundestag.

Bavaria has a relatively small but vocal secessionist movement and in a recent poll about 20% of state residents supported independence. Earlier this year the Constitutional Court blocked an attempt to force a referendum on the issue.