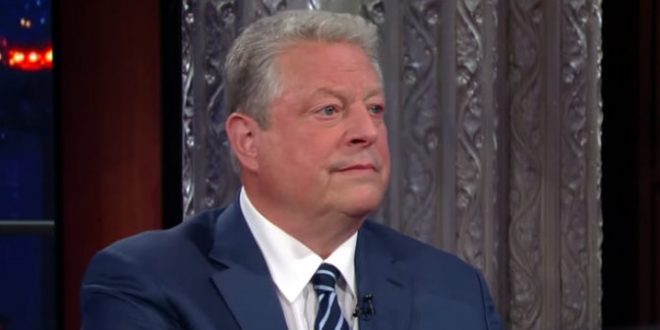 Former VP Al Gore: I Was Wrong About Trump, He’ll Never Come To His Senses On Climate Change [VIDEO]

Former Vice President Al Gore says he’s given up hope that President Donald Trump will act on key climate issues. Gore recounted to “Late Show” host Stephen Colbert his optimism after his meeting with Trump to discuss climate change and the landmark Paris Accord. Trump had promised supporters during the campaign that he would pull out of the agreement, arguing it was a “bad deal.”

“I went to Trump Tower after the election,” said Gore, who was on the show to promote his new movie, “An Inconvenient Sequel: Truth to Power.” “I thought that there was a chance he would come to his senses. But I was wrong.” Gore added he worried that Trump’s decision to exit the agreement would be “disastrous,” but he was excited by the response of political leaders in the U.S.