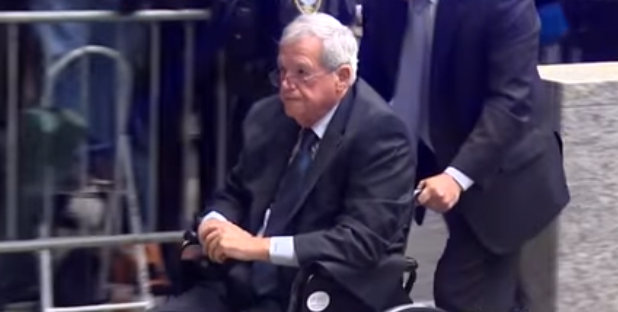 After serving a little more than a year in a federal prison hospital, former U.S. House Speaker Dennis Hastert (R-Il) is nearly home free. Hastert, 75, an admitted sexual molester of young boys and purveyor of hush money, will be released from prison within the next month.

The ex-Illinois congressman pleaded guilty to bank fraud in a $3.5 hush money deal with a victim he had sexually abused. He surrendered to a federal prison hospital in Rochester, Minnesota in June, 2016.

Originally he was to be released this Sunday but the U.S. Bureau of Prisons inexplicably changed the date to August 16. However Hastert could be freed at any time, without public notice, and allowed to serve the remainder of his sentence in a halfway house or in home confinement according to law enforcement sources.

Previous DC Chain Trolls Junior With Free “Nothing Burgers”
Next Newt Gingrich Has The Sadz: If The GOP Doesn’t Get Moving, We’ll Be Back To Speaker Nancy Pelosi [VIDEO]