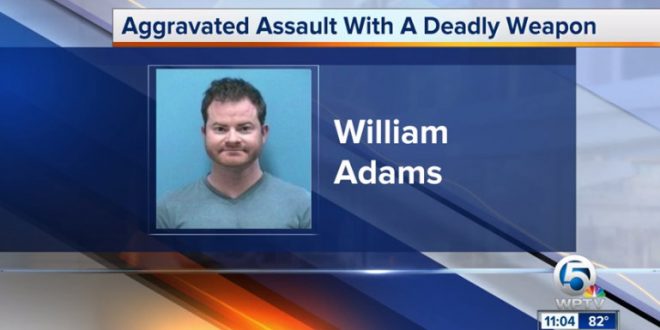 More John 3:16, less Glock-22. Florida’s Turnpike was the site of an unholy showdown last week when a North Carolina priest allegedly leveled his handgun at two people in another vehicle in a road rage incident.

Rather than turn the other cheek, William Rian Adams, the rector of Calvary Episcopal Church in Fletcher, N.C., was arrested after he allegedly turned and aimed his Glock-22 handgun at a pickup truck that attempted to pass his red Chevy Corvette.

Since when do priests drive Corvettes?