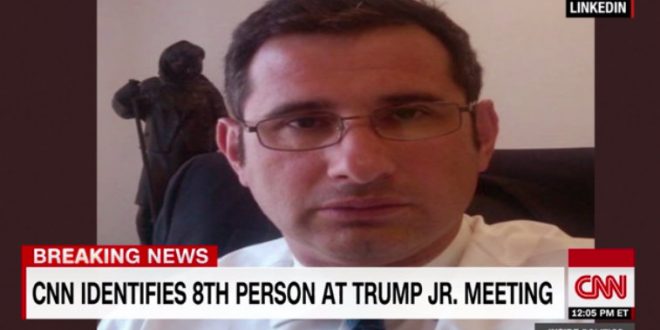 The eighth person who attended the June 2016 meeting with Donald Trump Jr. at Trump Tower is a senior vice president at the company founded by the Russian oligarch who initiated the meeting, CNN has learned. Ike Kaveladze’s identity was confirmed by his attorney, Scott Balber.

Kaveladze is a senior vice president at Crocus Group, the real estate development company run by Azerbaijani-Russian oligarch Aras Agalarov, according to Kaveladze’s LinkedIn. His personal website says he “holds responsibility for multiple elements of the company’s Russian development project.”

Balber said Kaveladze is a long-time US citizen who speaks fluent Russian and has “never had any engagement with the Russian government in any capacity.” Special Counsel investigators are seeking information from his client, Balber said. “The eighth person has been identified by prosecutors and we are cooperating fully with prosecutors as a result of the investigation.”

JUST IN: 8th person at the June 2016 meeting with Donald Trump Jr. and a Russian attorney has been identified https://t.co/Mv7vv2ezKy pic.twitter.com/m5hXs5vBJu