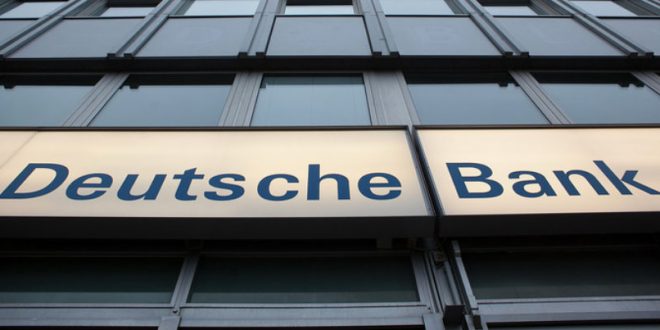 Deutsche Bank To Hand Over Its Records On Trump

Deutsche Bank has agreed to hand over records of its financial dealings with President Donald Trump after months of stalling and insistence that the records are confidential and privileged information.

Vanity Fair‘s Bess Levin wrote on Thursday that the German company was one of the last banks on Wall Street willing to do business with Trump after his long line of bankruptcies and unpaid debts.

Deutsche Bank loaned Trump hundreds of millions of dollars when no one else would. Now banking regulators are questioning why the banking giant would take on that kind of risk and taking a closer look at the relationship between Trump and Deutsche Bank — which, like the president, has significant ties to the Russian oligarchy.