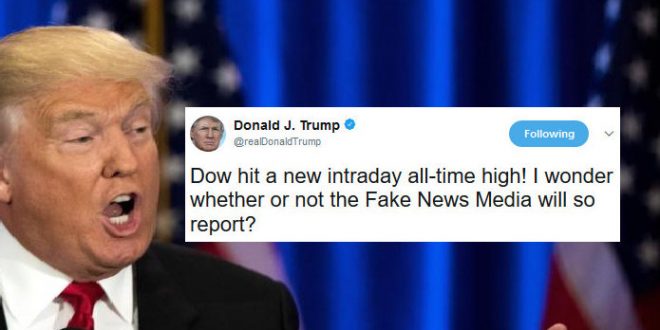 Really great numbers on jobs & the economy! Things are starting to kick in now, and we have just begun! Don't like steel & aluminum dumping!

Dow hit a new intraday all-time high! I wonder whether or not the Fake News Media will so report?