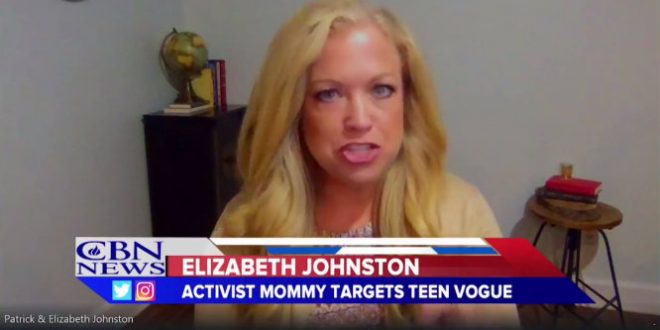 Johnston pointed to Article 1470 of the U.S. Federal Child Exploitation And Obscenity Laws. That law “prohibits any individual from knowingly transferring or attempting to transfer obscene matter using the U.S. mail or any means or facility of interstate or foreign commerce to a minor under 16 years of age.” The article, she says, was obscene and aimed at girls under the age of 16, therefore LAWS WERE BROKEN!

Johnston doesn’t understand — because her faith-based anger requires her not to understand it — that the law wouldn’t apply in this case. The law says you can’t send pornographic material to children. You obviously can’t transfer material involving children. However, exempt from these laws are things that have “literary, artistic, political, or scientific value for minors.” An article like this one educating minors about sex would never be a violation of the law.

There’s SO much more at the link, including Mehta’s ripping into Johnston for being furious at Teen Vogue for daring to have a gay man as their social media director. Read it all.