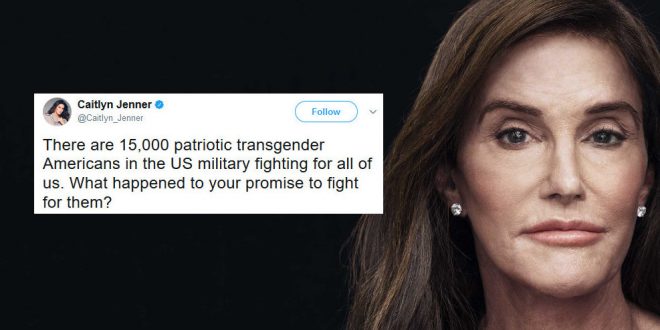 Caitlyn Jenner has finally weighed in on Trump’s anti-transgender edict. Romper reminds us of her history:

Caitlyn Jenner, arguably one of the more high profile celebrity advocates for transgender rights, has been public in the past with her reported attempts to affect change within the Republican Party.

She has admitted that the Democratic Party is “better on all LGBT issues,” according to USA Today, and sat down with Trump for a conversation when he reversed Title IX guidelines that had put protections for trans children in schools in place.

There are 15,000 patriotic transgender Americans in the US military fighting for all of us. What happened to your promise to fight for them? https://t.co/WzjypVC8Sr

Thank you to the LGBT community! I will fight for you while Hillary brings in more people that will threaten your freedoms and beliefs.