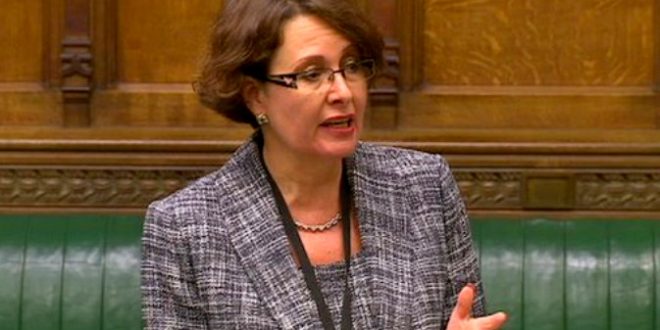 BRITAIN: PM Theresa May Suspends Tory MP After She Drops The N-Word In Public Discussion About Brexit

A Conservative MP has been suspended from the party after it emerged she used a racist expression during a public discussion about Brexit. Anne Marie Morris, the MP for Newton Abbott, used the phrase at an event in London to describe the prospect of the UK leaving the EU without a deal.

She told the BBC: “The comment was totally unintentional. I apologise unreservedly for any offence caused.” The Conservative Party later confirmed she had had the whip withdrawn. Announcing the suspension, Theresa May said she was “shocked” by the “completely unacceptable” language.

Anne Marie Morris, MP for Newton Abbott since 2010, made the astonishing remark while discussing what financial services deal the UK could strike with Brussels after 2019. Despite using the racist term, none of her fellow panelists, including Tory MPs Bill Cash and John Redwood, reacted.

After saying just 7% of financial services in the UK would be affected by Brexit, Morris said: “Now I’m sure there will be many people who’ll challenge that, but my response and my request is look at the detail, it isn’t all doom and gloom. “Now we get to the real n****r in the woodpile which is in two years what happens if there is no deal?”