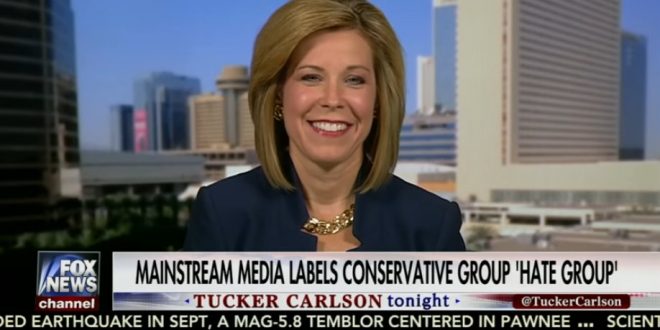 On Friday night Alliance Defending Freedom lawyer Kristen Waggoner appeared on Fox News to denounce ABC, NBC, and other outlets for correctly naming them as a hate group. As I’ve reported many times, the ADF openly advocates for criminalizing homosexuality and, of course, against virtually any LGBT civil rights. In fact, they even appeared before the Supreme Court in the landmark Lawrence V Texas ruling that struck down the remain anti-sodomy laws across the United States.

In his introduction, Fox host Tucker Carlson railed against the “widely discredited” Southern Poverty Law Center for categorizing the ADF as a hate group, noting that the American College Of Pediatricians is also so designated. What Carlson fails to mention, naturally, is that the American College of Pediatricians is a tiny fringe group of 200 or so haters whose name is intended to confuse the public with the legitimate and very pro-LGBT American Academy of Pediatrics, which has 64,000 members.