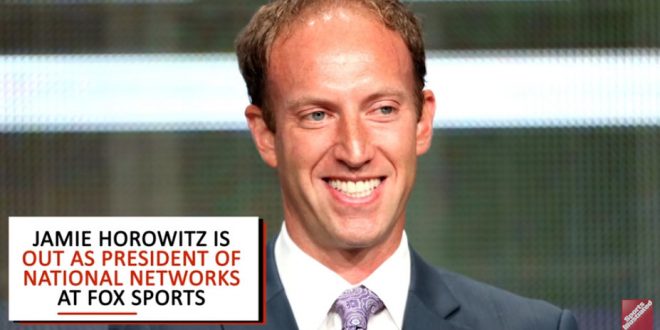 Another Head Rolls At Fox In Ongoing Sex Scandal

Amid a probe of sexual harassment at Fox Sports, the company announced Monday that it had fired its controversial head of sports programming, Jamie Horowitz.

Horowitz’s dismissal came less than a week after 21st Century Fox began investigating allegations of sexual harassment in the workplace at Fox Sports. The company hired a law firm, which began interviewing women at Fox Sports about Horowitz’s behavior, according to a person familiar with the investigation who was not authorized to publicly discuss it.

Several women, including prominent on-air personalities, have already been interviewed about their treatment at Fox Sports, according to two people familiar with the investigation.

“Everyone at FOX Sports, no matter what role we play, or what business, function or show we contribute to — should act with respect and adhere to professional conduct at all times,” Fox Sports President Eric Shanks said in an email to staff members, announcing Horowitz’s departure.