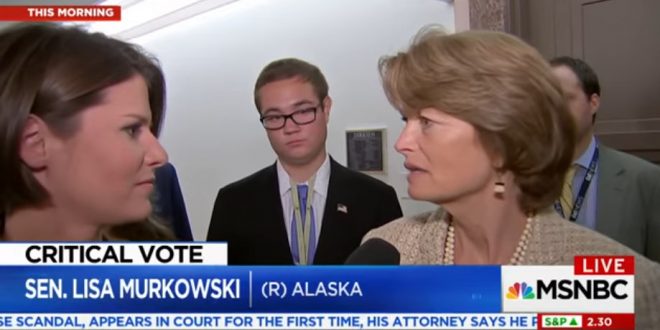 By that afternoon, each of Alaska’s two Republican senators had received a phone call from Interior Secretary Ryan Zinke letting them know the vote had put Alaska’s future with the administration in jeopardy.

Alaska Sen. Dan Sullivan said the call from Zinke heralded a “troubling message.” “I’m not going to go into the details, but I fear that the strong economic growth, pro-energy, pro-mining, pro-jobs and personnel from Alaska who are part of those policies are going to stop,” Sullivan said.

Murkowski chairs the Senate Energy and Natural Resources Committee and has used the position to drive home Alaska priorities, particularly with Interior nominees. She oversees the confirmation process for the Interior Department. On Wednesday, a committee hearing on nominations to the Interior and Energy departments was postponed indefinitely. A reason was not posted.