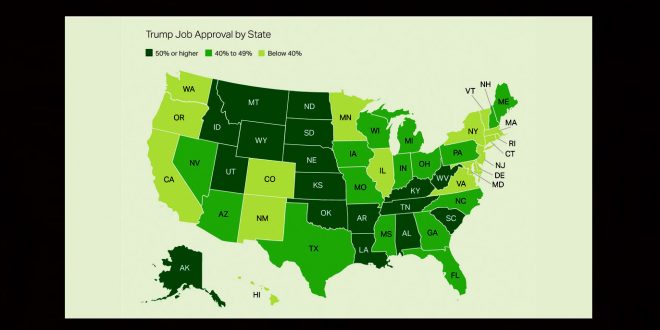 Trump’s Approval Ratings Much Higher In Some States

President Donald Trump, who has averaged 40% job approval since his inauguration, received approval ratings of 50% or higher in 17 states in the first half of 2017. Residents in an equal number of states gave him approval ratings below 40%. In 16 states, his ratings ranged between 40% and 49%. Consistent with the broader geographic patterns of Republican strength across the country, some of Trump’s highest approval ratings tend to be in Southern, Plains and Mountain West states. His lowest ratings are primarily in Northeast and West Coast states.

Hit the link for the result from each state.